Through Habitat’s Global Village volunteer trips, you can volunteer with us in more than 40 nations. Our trips offer more than just the opportunity to swing a hammer. You’ll experience the country like a local and meet people from around the world. While your trip may last for a week or more, your financial, emotional and physical contributions can be life-changing for both those in the communities where you work and in your own life for years to come.

You Can Really Make a Difference!

If you have a sense of adventure, are in good health and willing to work hard, you can be part of a Global Village team.

Donate
It has been a pleasure and honour to volunteer with Habitat for Humanity, Mid-Vancouver Island. The staff are comprised of a great group of people; organized and easy to work with. Everyone should volunteer at least once!   - Marilyn Wilson, Interior Designer

A group of seven staff, volunteers and board members from Habitat MVI headed to Nicaragua in April where they helped build a home for a local family in need. The build was organised as part of habitat Canada’s global build program, which Habitat MVI donated $10,000 to last year.

This was the first international build Habitat MVI representatives had participated in. The team were involved in building a new home for a family of nine who had been living as squatters, using garbage to fill holes in the home they had put together using found materials.

It took only nine days for the team, who were joined by members of other Habitat Societies and the local Nicaraguan Habitat for Humanity, to build the home, a single room with solid walls, a roof and doors, minus the roof which was due to be added soon after.

For the entire team of volunteers, the trip was an emotional one. Happy tears were shed for and by the recipient family who were delighted to have a home which won’t be flooded in rainy season. 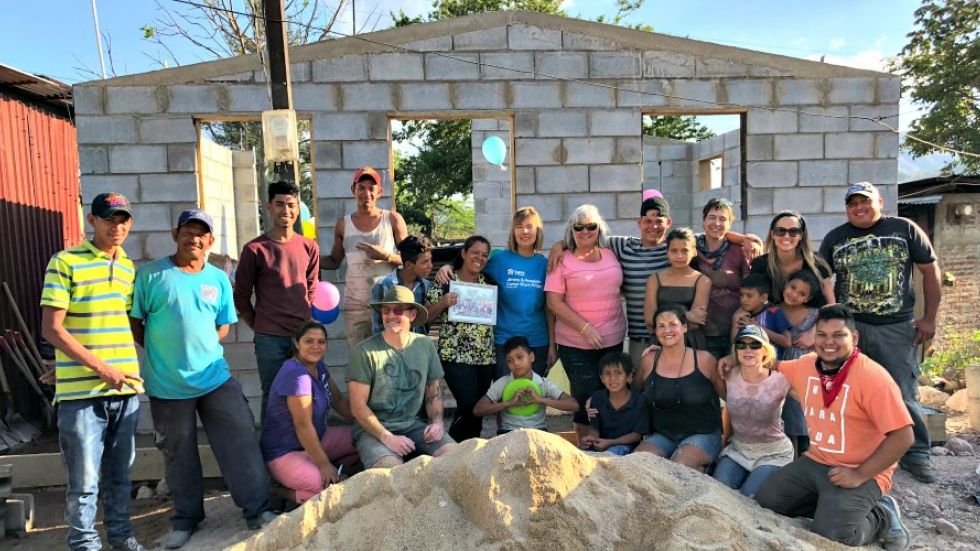 Who is Eligible?
Back To Top